Video from the Concert at Ars Electronica Postcity 2019:

The full visualisation with the music from the CD-recording of Dennis Russell Davies and Maki Namekawa:

The screen at the performance was approx. 20 x 4 m big with 3 HD laser projectors (5760×1200). So the video here is comparatively very small. Please watch it in full screen mode with highest possible resolution. (The first 2 minutes of the video are very dark so you might want to jump a bit forward)

about the music:
In 1909, when Igor Stravinsky began to work on the music for the ballet The Firebird, which Sergei Diaghilev had commissioned for his Ballets Russes, he was still a young and little-known composer. The premiere of The Firebird in Paris in 1910, which was equally celebrated by audiences and critics, suddenly made the 27-year-old Igor Stravinsky internationally famous.
With his complex rhythms and extraordinary tonal effects of the great orchestra, Stravinsky created a surprising and gripping characterization of the mystical story of Ivan Zarevich, who defeats the evil sorcerer Kaschej and his demons with the help of the firebird.
Dennis Russell Davies built his arrangement for piano four-hands on Stravinsky’s piano score and it is amazing how varied and sensitive he succeeds in transferring the effect of the overwhelming, colorful richness of the orchestral sounds into the fragility of the piano sound. Reduced to the elementary sound, it opens up a persuasive path to the essence of Stravinsky’s great composition.

about the visuals:
As always in my collaborations with Dennis Russell Davies and Maki Namekawa, the visualizations are real-time graphics, i.e. there are no prepared videos or image sequences that are synchronized to the music. It is only the sound of the piano directly picked up over two microphones, which is analyzed by computer and thus provides the parameters with which the graphics are generated, animated and modified – live in the moment of the performance.
The very dance-like animations of the graphic elements designed to correspond to The Firebird ballet and its characters are derived exclusively from the sound spectrum and dynamics of the music, without motion tracking or keyframe animation. The parameters derived from the music are directly assigned to various parameters of physics-based simulation models, particle systems as well as to the geometries, colors and lights, etc.

Photos from the performance at Ars Electronica Festival (09.09.2019) 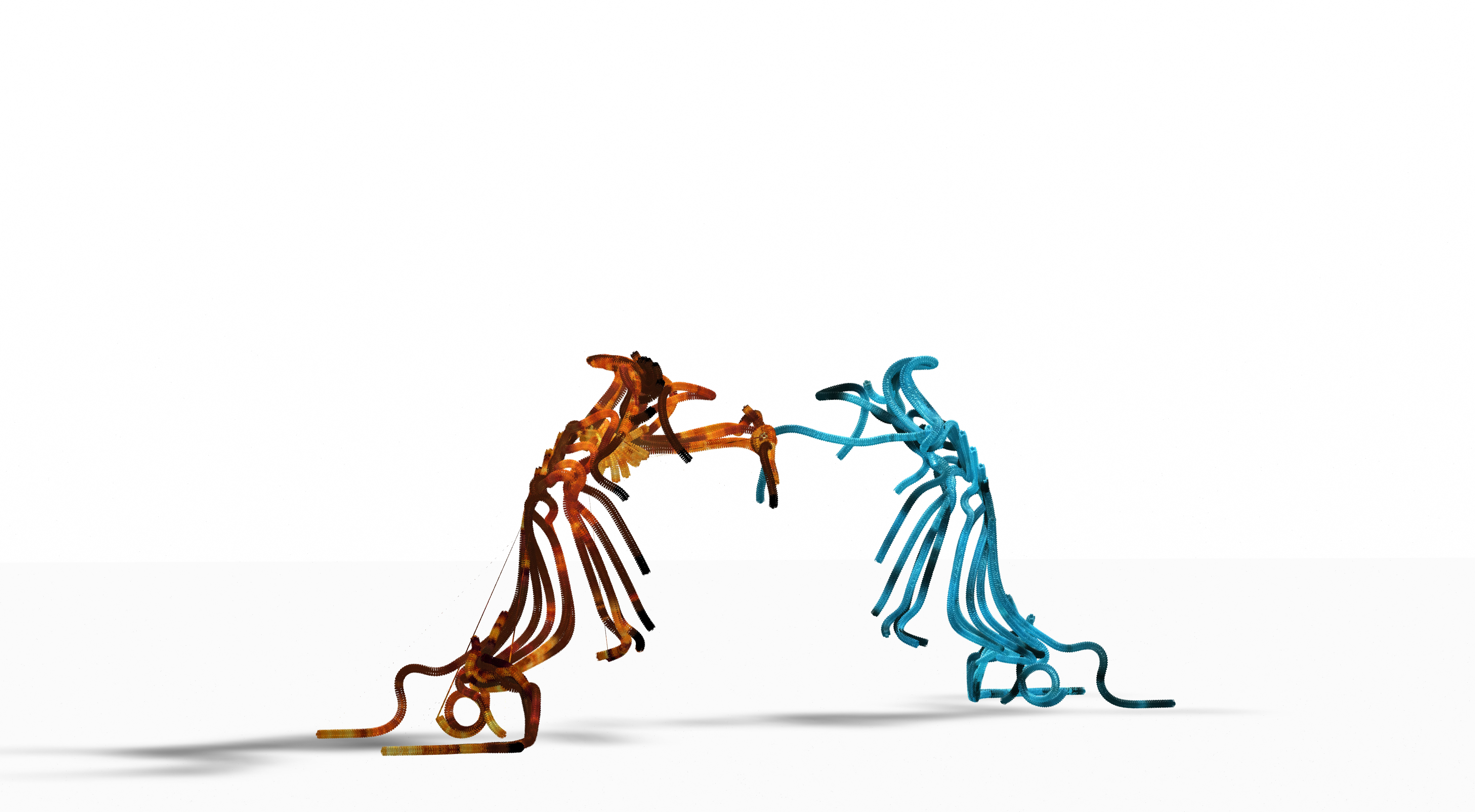 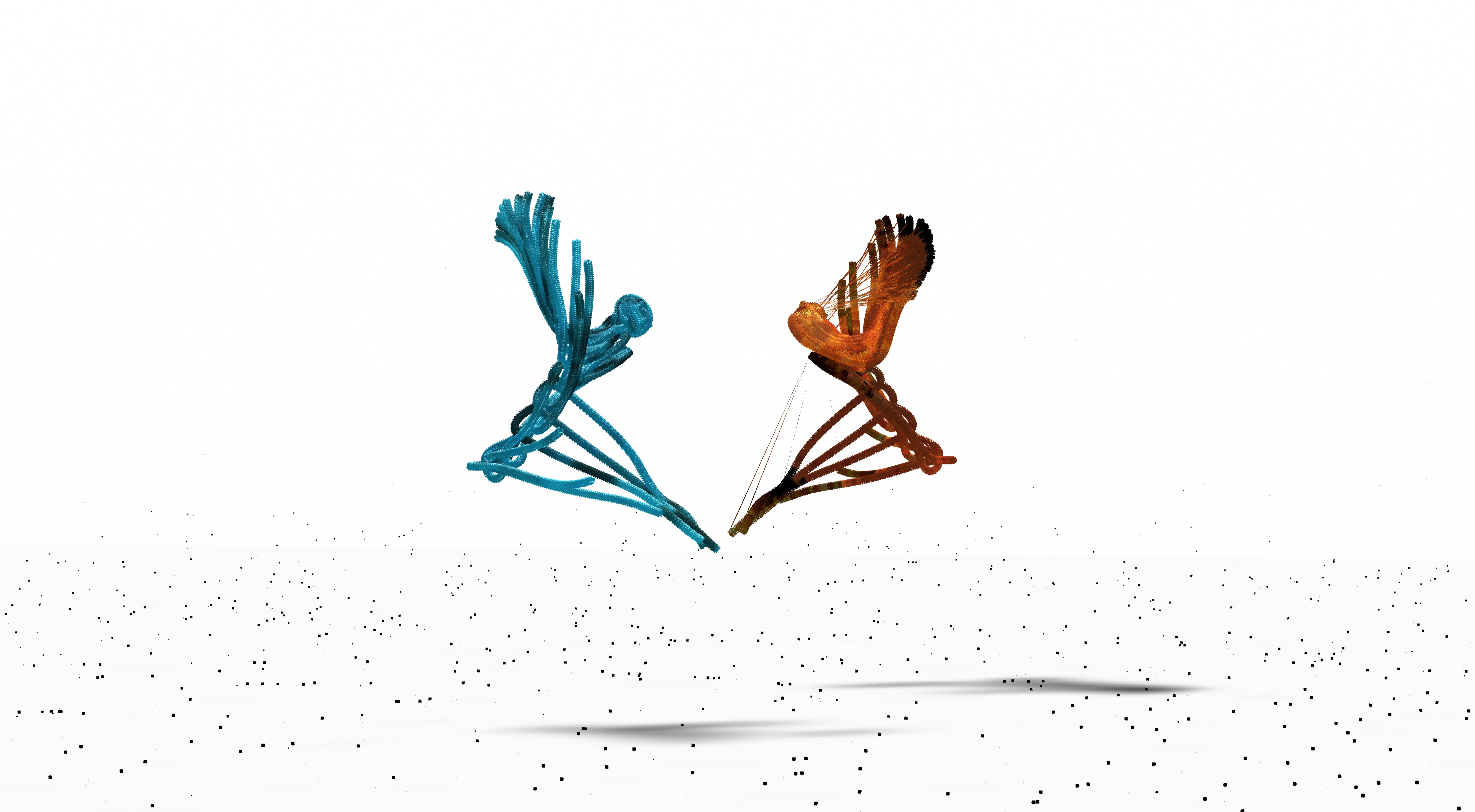 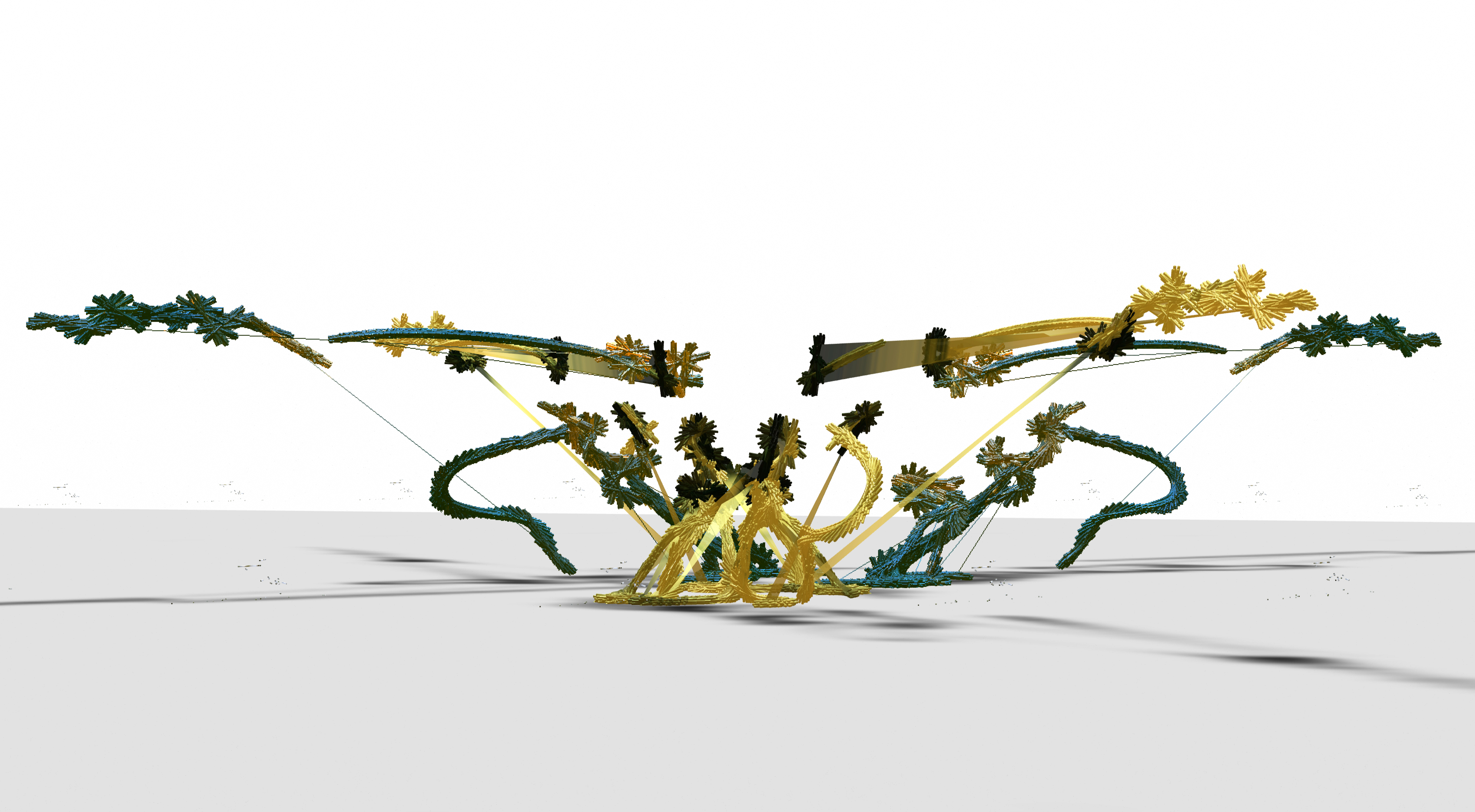 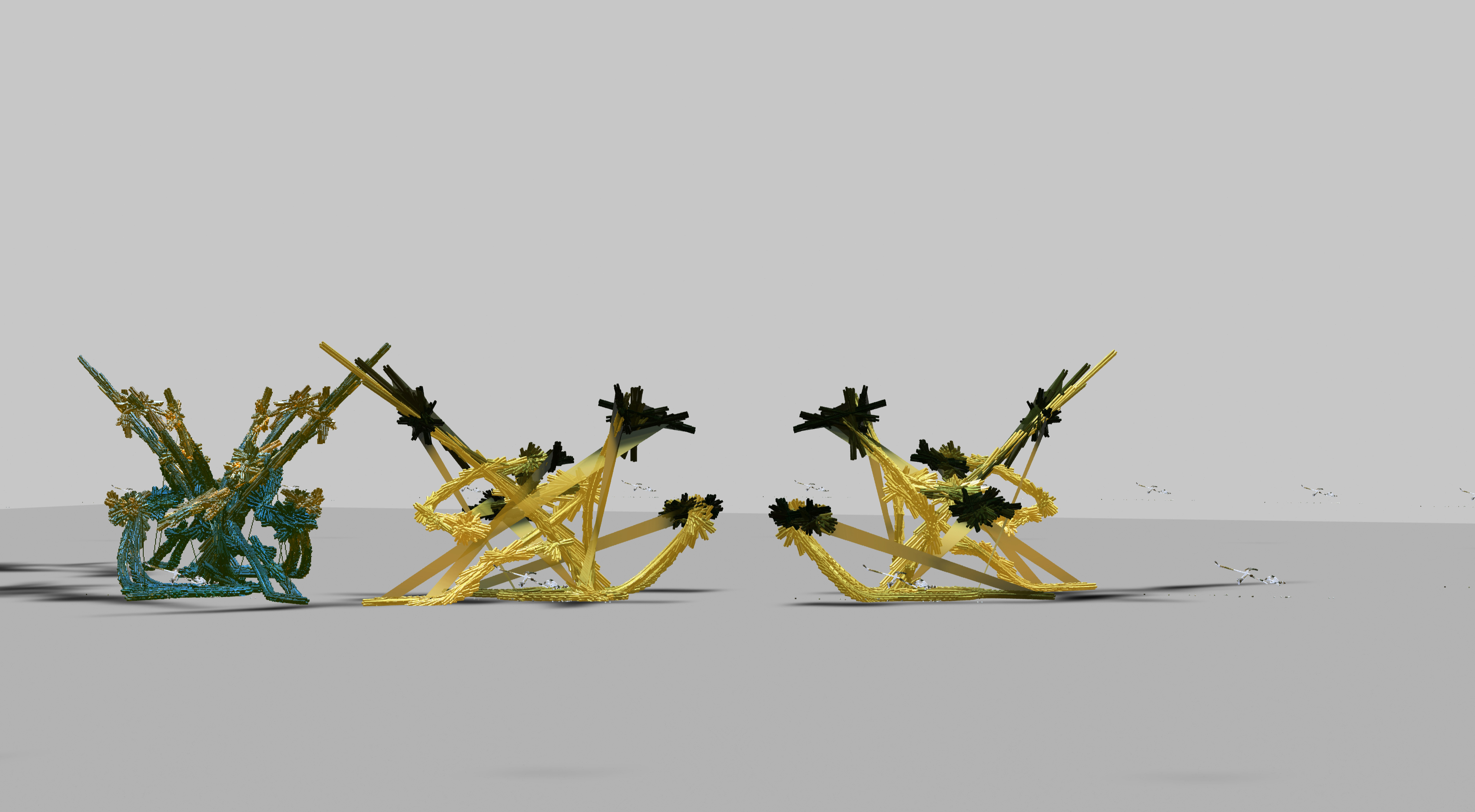